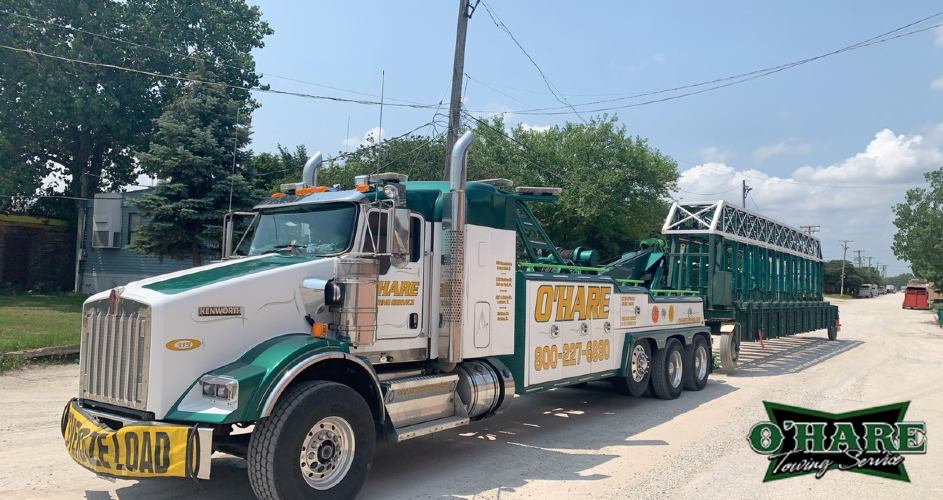 Do you know why so many individuals, businesses and contractors in Colfax, IL chose O'Hare Towing Service as their heavy equipment towing company? It is because they know that they can trust us to efficiently and expertly move all of their equipment!

Our expert team is ready to help you move your heavy equipment between job sites, help with accidents, and assist with all heavy vehicle issues.

When you call our team for heavy equipment towing, you can be sure that you are in the hands of experts. Since 1963, our crew has been providing towing solutions for customers in and around Colfax, IL.

The Colfax heavy equipment towing team is available 24/7, 365 days a year in order to be able to accommodate all of your heavy towing needs. Do you need a tractor moved between job sites after hours? Give us a call!