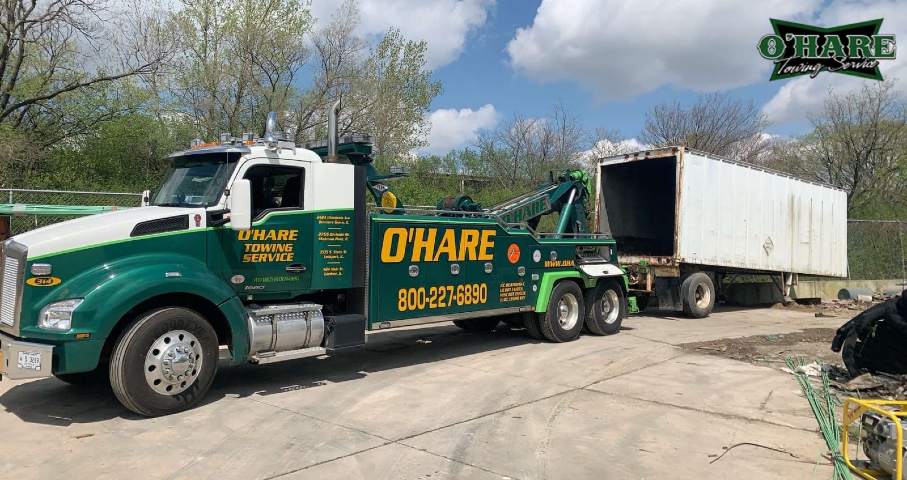 The trailer was already used when they converted it into a storage unit. With a further ten years of use, the only place this trailer would be going was the scrapyard. The heavy towing team needed to get access to the front of the trailer.

10 years of sitting in the same spot would cause anything to be a bit stiff. Prior to towing the trailer, the team released the brakes and oiled up the brake hubs. With the trailer now ready for it’s final ride, the team made the 30 mile journey to a Joliet scrapyard.

Keep up the good work!

Once at the customer’s location, the semi trailer towing team assessed the situation. The heavy truck towing team was tasked with towing a trailer to a scrapyard in Joliet, Illinois. The trailer had been used for storage for over a decade.

Using a tow bar, the semi trailer tow truck team pulled the trailer backwards. With the front end now in a better position, the towing team was able to hook onto it using a fifth wheel plate. The Chicago semi towing team released the brakes on the trailer and oiled up the hubs.

With the trailer ready to go, the Chicago truck towing team did one final safety assessment. With the safety assessment complete, the team made their way to a scrapyard in Joliet, Illinois.

Once they dropped the trailer off at the scrapyard in Joliet, the semi towing team made their way back to O’Hare Towing’s office in Melrose Park. 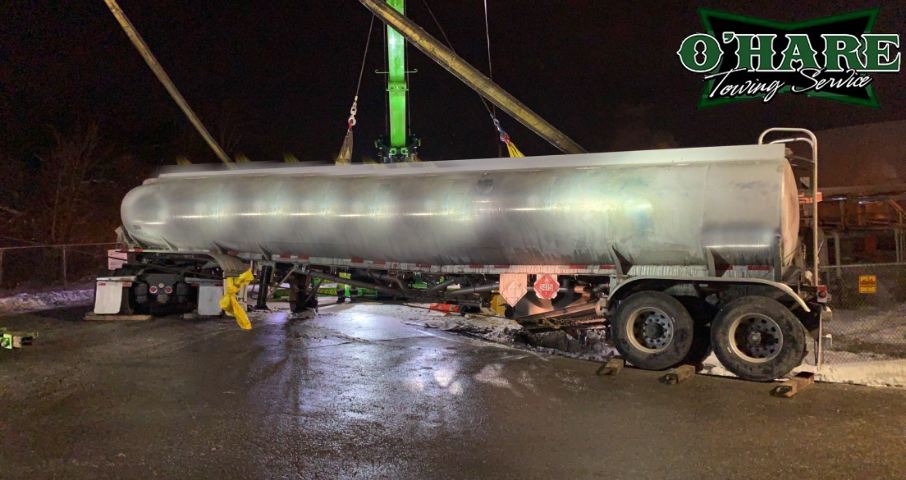 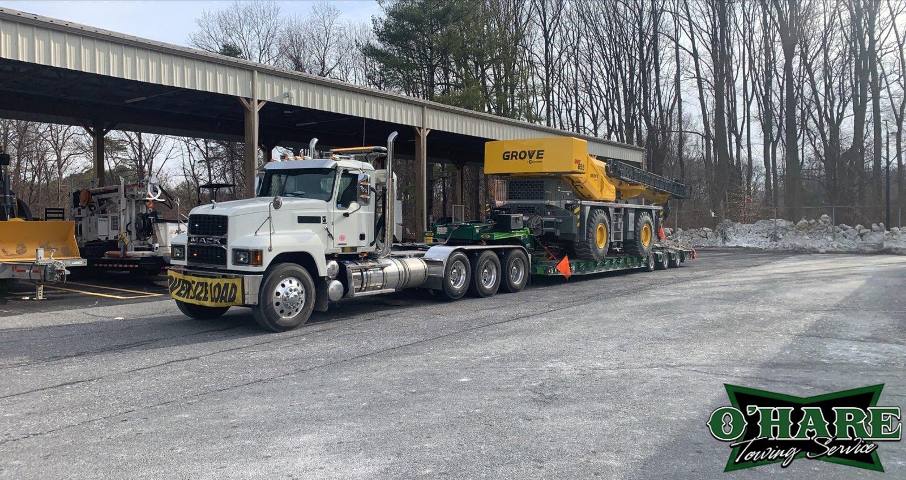